Advanced Capabilities in a Portable Package

Awareness in Your Hand

The aera 660 aviation portable puts the latest Garmin technology in the palm of your hand, and it carries on our tradition of creating innovative navigators that go way back to the beginning of handheld aviation GPS. While aera 660 is light, compact and fits in any flight bag, it’s also packed with capabilities. As a dedicated navigator, it quickly and reliably acquires GPS and GLONASS satellite constellations and combines advanced navigation tools with rich, interactive, dynamically drawn aviation maps. And it displays it all on a bright, sunlight-readable 5-inch diagonal capacitive touchscreen display.

The icons on the aera 660 are instantly familiar to anyone who’s used a Garmin GTN™ touchscreen GPS/NAV/COMM, G5000® integrated flight deck or even the Garmin Pilot™ app, and the intuitive interface allows you to quickly pan across the map screen, pinch to zoom and more. Meanwhile, the power button on the top accesses quick settings, including portrait or landscape orientation, volume and brightness. And aera 660 comes with a snap-in style powered mount for easy transportation between your aircraft and home.

The aera 660 aviation portable comes preloaded with detailed flight mapping, terrain and obstacles alerting, U.S., European and Canadian SafeTaxi® charts and AOPA Airport Directory or optional AC-U-KWIK global airport directory to put a wealth of resources right at your fingertips — including local fuel prices (U.S. only). The graphical Terrain page offers both overhead and vertical profile views of the topography beneath you. Switch to IFR map mode to display and navigate on high or low enroute airways, and use your touchscreen map cursor to reference MEAs (Minimum Enroute Altitudes) and distances between intersections. The aera 660 even provides vertical navigation (VNAV) guidance to simplify en-route transitions.

You’ll stay aware of special airspace activity with more than 650 parachute drop zone details (U.S. only) and get 1-touch airspace information. Garmin Smart Airspace™ guidance conveniently highlights the airspace nearest your current altitude and de-emphasizes non-pertinent airspace so you can quickly identify your location relative to the airspace around you. And, of course, the aera 660 includes our signature direct-to and nearest-airport navigation.

Connect With Your Panel

With an optional power/data cable (sold separately), the aera 660 connects with your Garmin avionics to accept flight plans from your GTN 750/650 and GNS 530W/430W navigators, as well as upload frequencies to the standby position of your GTR 200 Comm radio, GTR 225 Comm radio or GNC 255 NAV/COMM radio. It also provides your Garmin NAV/COMM radios with the GPS position source required to look up nearest frequencies.

Using Bluetooth® connectivity via Garmin Connext technology, the aera 660 easily interfaces with compatible devices to cut the clutter in your cockpit and improve your flying experience. With a Garmin GDL® 39 portable ADS-B receiver or GTX 345 all-in-one ADS-B transponder, you can access and display ADS-B subscription-free weather1 and advanced traffic alerts, including TargetTrendTM relative motion tracking and TerminalTrafficTM, so you’re aware of potential conflicts in busy terminal airspace. It even allows wireless control of Garmin VIRB® action cameras to start and stop recording and capture photos.

Revolutionary 3D Vision technology gives you a virtual 3-D behind-the-aircraft perspective view of surrounding terrain derived from GPS/GLONASS and the onboard terrain database. Slide your finger across the touchscreen to rotate the view and show land and water features, obstacles, runways and airport signposts in relative proximity to the aircraft. And when you connect aera 660 to an attitude source through a Flight Stream 210, a GDL 39 series portable ADS-B data link or a GTX 345 ADS-B transponder, Garmin SVX synthetic vision and attitude command bars are automatically added to your display.

Plus, with its forward-looking terrain avoidance capability, the aera 660 predicts in advance where towers or obstacles may exist and shades the landscape with amber or red overlays to indicate those areas. Also, get help flying clear of conflicts with Garmin WireAware™ wire-strike avoidance technology, which graphically overlays Hazardous Obstacle Transmission (HOT) lines that span rivers and canyons right on the moving map page, for the U.S. as well as in some locations in both Canada and Mexico. Touch the wire to display both MSL and AGL heights, and see color-coded obstacle alerting depending on your distance to the hazard. An optional full database that includes all powerlines is also available.

Stay Up to Date With Garmin

With the aera 660, you can cut the cord — and your database prices. You can update databases via Wi-Fi instead of connecting to a computer, and stay current throughout the year with a single, affordable annual subscription that includes all the databases you need, including the Garmin Navigation Database (U.S., Canada, Mexico-version only).

The aera 660 fulfills the role of either a Class I or Class II electronic flight bag, greatly reducing the need to rely on paper charts in the cockpit. U.S. geo-referenced VFR sectional and IFR enroute charts come preloaded to show your aircraft’s position overlaid directly on the relevant chart, and optional European and Canadian VFR and IFR charts and airport diagrams are also available.

In a Class by Itself

With its long list of features, the aera 660 combines many of the capabilities of panel-mounted avionics with a value-packed, purpose-built package. It’s a dedicated partner that’s ready to fly, right out of the box. 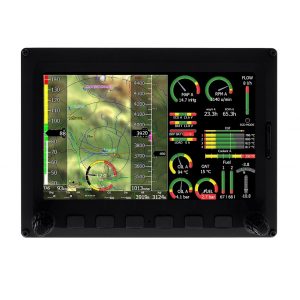 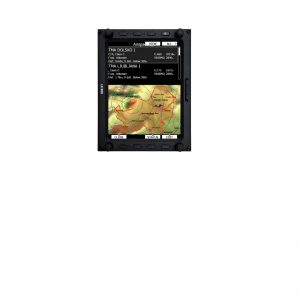 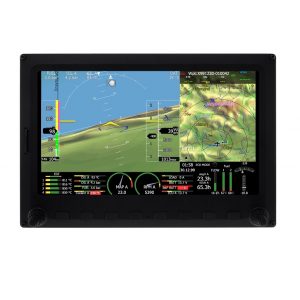 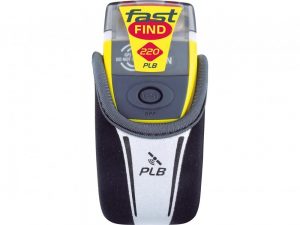